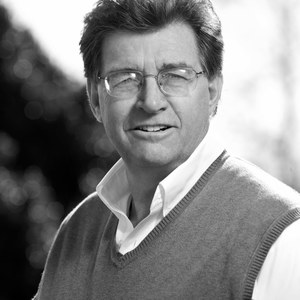 As founding principal of Nelson Byrd Woltz Landscape Architects, Warren Byrd led the firm in a wide range of public and private landscape projects throughout the United States, Canada, New Zealand, the Netherlands, Brazil, Baja Mexico, Antigua, Russia, and China. In addition to his 30+ years of practice, Warren taught for 26 years at the University of Virginia, serving as Chair of the Department of Landscape Architecture for seven years. His many honors have included an All-University teaching award, a CELA teaching award, and two Bradford Williams Medals for articles published in Landscape Architecture Magazine. Warren has served on numerous design juries and selection panels including the National ASLA Professional Awards jury in 2007 and 2008 (as jury chair) and the National ASLA Student Award Jury in 2009 (as jury chair). He chaired the National ASLA Awards & Honors Committee (2010-2011).

Now a Professor Emeritus, Warren’s particular focus in both his teaching and his practice, has been focused on the understanding and adaptation of natural systems and plant communities as they might best influence sustainable design strategies. He received his B.S. in Horticulture from Virginia Tech in 1975 and his Master of Landscape Architecture from the University of Virginia in 1977. He is a Fellow of the American Society of Landscape Architects, and was awarded their highest award, the ASLA Medal.

Since his retirement from NBW in 2013, he and Susan Nelson spend their time gardening, traveling, and occasionally contributing their time to worthy local and regional projects in and around their home in western Albemarle County.