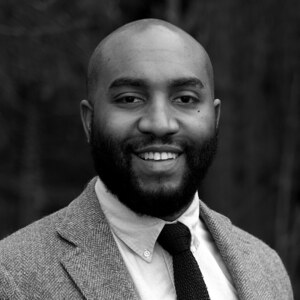 As a native New Yorker, Robert is a product of Great Migrators who moved to Harlem from Virginia in the early 60s for better opportunities. He holds a Bachelor of Architecture from the State University of New York (SUNY) and received his Master’s in Architectural History with a certificate in Historic Preservation from the University of Virginia (UVA).

Through writing, graphic, and oral interpretation, Robert’s work delivers different narratives and perspectives at the intersection of race, sex, space, and architecture. Robert has worked in collections management with the National Park Service at Appomattox Court House National Historical Park and with the National Trust for Historic Preservation at Woodlawn and Pope Leighey House. His experience also includes hands-on restoration work at Jefferson’s Monticello, Fitzhugh’s Chatham Manor, UVA’s dormitories; and as an architectural historian on an archeological survey in Oropos, Greece. He has been published in the New York Beacon and his essay “Architecture in Music, Architecture in Film” was recently accepted by the Athens Institute for Education and Research.