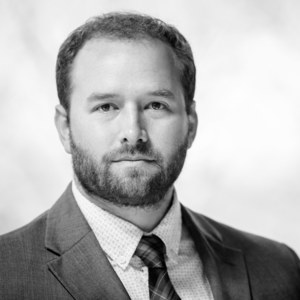 Nathan Foley joined Nelson Byrd Woltz in 2011. He earned a Master of Landscape Architecture (2010) and a Master of Urban and Environmental Planning (2008) from the University of Virginia, where he was active as a teaching assistant and researcher. Nathan also holds a B.A. in Environmental Thought and Practice from the University of Virginia. Before joining NBW, Nathan worked as a project designer at Gustafson Guthrie Nichol in Seattle, WA. His research experience includes a position as Design Historian for a National Endowment of the Arts funded a study of the Lawrence Halprin-designed pedestrian mall in Charlottesville, VA, which resulted in a public exhibit and scholarly essay in 2010.

Nathan has worked on a variety of projects at NBW, including the Georgia Institute of Technology Engineered Biosystems Building Landscape and Sector Plans, George Mason University, the City of Lynchburg’s Waterfront Project, and the National Mall Competition in Washington DC. Recent work includes Bok Tower Gardens in Florida, the Aga Khan Garden at the University of Alberta, and the Cultural Arts Corridor in Fayetteville, Arkansas.